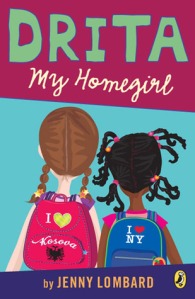 (I didn’t count every book I read, especially picture books I read to my students. The actual number would be much higher if I did that. I’ve only included picture books that really stood out to me for some reason.)

I gave an average of 3 stars, which makes sense, as three is, you know, about average. I gave eleven books 5 stars; 8 books got only 1 star. (I would have given more 1-star reviews, but I’m usually not the kind of person who finishes books I don’t like.)

The books that only got 1 star were: How to Be a Gentleman, The Princess Diaries, Divergent, I am J, Pilot and Huxley, Ink, The Desire Map, and Poisoned Apples. In particular, Divergent and Ink stand out in my memory as hate-reads; I am J and Poisoned Apples were just disappointments. The others were usually a case of “oops, I only have this book with me right now,” so I ended up finishing them anyway.

The books that earned 5 stars were: The Three Pigs, Harriet the Spy, The Hunger Games, Harry Potter and the Sorcerer’s Stone, Akata Witch, Doll Bones, Boxers, Saints, Afterworlds, and, of course, this was the year of The Magician’s Book

My most read genre was fantasy (29), followed by nonfiction (23). Fantasy doubled over with other genres, notably most of my historical fiction reads. I’m not surprised that fantasy won the day; fantasy has always been my favorite genre. However, before this year, I never read nonfiction for fun, and now it’s overtaken all other genres for second place!

Of the fantasy books I read, 5 were what I would call “secret world” fantasies (think the Wizarding World, hidden from us Muggles); nine were magical realism (which I’ve stuck under “fantasy” for ease of sorting, sorry); 2 were paranormal (ghosts, vampires, whatever); five were “secondary worlds” (e.g., one of them is The Silmarillion); and the rest were a hodgepodge.

Of the sci-fi I read (3), they were all dystopias.

This was the year I discovered nonfiction, so I read all over the place, trying to find my “niche” in the nonfiction section. I read: 2 biographies, 5 cultural histories, 1 etiquette book, 1 book about feminism, 3 how-to books, 6 books about books (books about reading or writing), 1 self-help, 2 popular science, and 2 professional development books. (Phew!) The cultural histories were definitely my favorite, and now that I know that, I’ll start seeking out more of those things.

I listened to 3 audiobooks. 56 of the books I read were in print; the remaining 41 were ebooks, read in the Nook app on my iPhone. (I don’t own a dedicated ereader.)